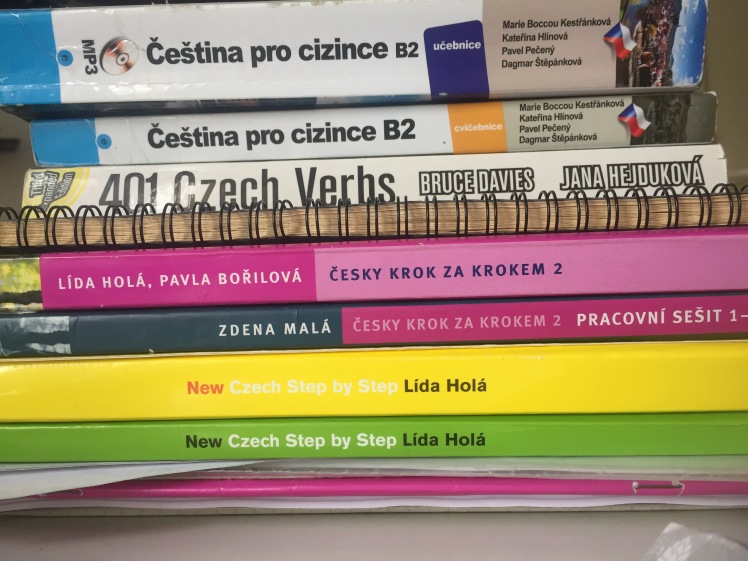 Language is a funny thing.  It is the one aspect of every day life that everybody needs, but almost no one considers.  Language is but one small aspect of communication, but it is the one that, if removed, causes us the most anxiety.  Many of us take pride in our language.

For some, it is a major source of identity.  Some of us take pride in our ability to communicate well, whether in written or spoken form.  Others can get wrapped up in things like having an official language.  That’s why we so often see memes perpetuating the idea that you are, for example, in America, so you should speak English.  The language itself for many is rooted in who we are as individuals and who we are as a people.

I never really knew how much I took my language skills for granted until I tasked myself with learning Czech with a goal of eventually preaching and teaching.  Being relatively well spoken in English, I also never really considered how self conscious I was about language.  That self consciousness is a formidable barrier when it comes to learning a new language, the paradox being that I don’t want to speak until I can speak perfectly, but I can’t speak perfectly unless I speak imperfectly and learn from the experience.  This has been my battle for most of my six years here and it has served as an impediment to ministry in that my communication and witness has suffered.

Practically for me, language study in my time here has been a combination of private lessons and intensive language courses.  My first two years here were spent in private lessons with the other Athletes in Action and Cru interns.  After that, I had a year where I was kind of between organizations and didn’t do anything in terms of formal language study.

The first major language learning step for me was to, at the start of my fourth year here, enroll in the intensive language course at Charles University here in Prague.  From 9:00am until roughly 1:30pm every day, I was in a classroom trying to learn the language.  I spent two and a half semesters in that system.  I learn well in a classroom setting, so really feel like I learned a lot about the Czech language, its structure, and a lot of vocabulary.  The major drawback to these classes is that there are roughly 12 people in each class, which makes getting enough speaking practice difficult, especially if you are not confident enough to make mistakes.

A turning point, I think, for me came when my self consciousness, veiled as perfectionism, ran head long into my pride and I failed my first semester at language school.  The part of the exam that I continually failed was, of course, the speaking portion.  It was the first time that I had ever failed an exam and here you get two chances to pass, so I actually had to fail twice to truly fail.  After those failures, I decided that I needed to be forced more into speaking, so I hired a tutor to supplement the classroom instruction during my second semester at language school, strictly for conversation.

After that semester, and after spending more time with another language teacher, I got to a point where I was fine to speak in casual conversations.  Fluency is a tough thing to gauge, especially within conversations where people tend to have more grace for grammar issues, but I have started to feel more and more competent in Czech.

However, as previously stated, my goals are to be able to preach and teach in Czech.  And conveying complex ideas in a way that will resonate with the people I am speaking to is an entirely different matter.  And up until a few months ago, I had never really been tasked with speaking to a larger group before.

The impetus for me taking on my first speaking engagement in Czech was the Multikemp.  Every year I am asked to speak at least once.  This year I was tasked with giving a talk during the leader’s weekend before the camp, as well as a morning devotion during the camp.  Having done both of these in the past in English with a translator, thus knowing the expectations, and with my Czech teacher seeing this as a fantastic home work opportunity, I set out to do my first semi-formal talks in Czech.  I’m going to share with you some observations I made of the process.

First, it was a remarkably humbling experience.  I never really acknowledged language as a crutch, but it was definitely missed when it was taken away.  Any sort of quippiness or glibness or clever anecdotes that many of us use to prop up our communication had to be laid down simply because I didn’t have the time or knowledge to communicate those in a language that I am only partially functional in.  I had to focus on the verses I was using and the message that I was trying to convey from the texts and I just simply didn’t have the time or vocabulary to do anything else, for fear of distracting from the central point.  Second, the language learning process was much quicker as I had to learn new words to fit the message I was trying to convey, as well as refine my rules of grammar so as to be understood.  Third, the writing process took some time.  And I knew it would.  Being a bit of a procrastinator, I knew that I would actually have to sit down and work on these talks, going through multiple drafts and revisions in order to put together a cohesive narrative, all while trying not to unknowingly be a heretic.

In the end, the talks went well.  It was a great learning experience for me as I continue to try and do life and ministry here in Prague.  I’m still not super comfortable speaking Czech in front of large numbers of people, but I’m also not super comfortable speaking English in front of large numbers of people, so I will press on in my studies.  I currently meet with a Czech teacher twice a week for an hour and a half to continue to work on my grammar and vocabulary.  Soon enough I imagine I will be asked to give my first sermon in Czech, which I apprehensively look forward to.

Learning another language is a process that can take an entire lifetime. Some people are all stars who can pick up a language no problem, while others of us have to really work at it and make a habit to study some every day. The missionary J. Hudson Taylor said about language study, “Consider six or eight hours a day sacred to the Lord and his work, and let nothing hinder your giving this time (to language study and practice) till you can preach fluently and intelligibly.” I have written this quote on a number of Czech notebooks and textbooks, and while six or eight hours a day may seem a bit aspirational, this rhythm of learning will remain apart of my everyday life and ministry for the foreseeable future.